You know a brand has achieved massive success through their ambassador marketing when they create an official guide on how to spot fake ads, websites and social accounts. I’m talking about none other than the activewear social sensation, Gymshark.

I’m sure while scrolling through your socials you’ve at least come across one person decked out in their super comfortable workout gear, no doubt linking their discount code to the post. So how did Gymshark become a social media sensation?

Ambassador Marketing! The company’s Chief Brand Officer, Noel Mack, told Marketing Weekly,  “Instagram is a huge part of our story because of the communities we create, but the challenge is always how to stand out among so many online businesses vying for consumers’ attention.”

He went on to say, “We have been building our following organically since day one of the brand. We like to think a Gymshark Instagram post is very recognisable because of our unique photography style, almost over-exposing pictures to create a really ‘aspirational’ look, drawing particular attention to the athlete and our product.”

By organically growing their following from a grassroots level, the brand has nurtured and built brand loyalty with their customers, fans and followers – a key attribute of their social success and something that’s at the foundation of any good ambassador marketing programme.

In their own words, “Gymshark is a fitness apparel & accessories brand, manufacturer and online retailer based in the United Kingdom, supported by millions of highly engaged social media followers and customers in 131 countries."

I personally love the transparency around their success achieved through ambassador marketing. They’ve done nothing to hide the fact that they’ve used their community of highly engaged social media followers to propel their brand forward and expand their revenue streams.

Gymshark was founded in 2012 by 19-year-old student Ben Francis and a group of his high-school friends. At the time, Ben had already successfully sold license plates via an eCommerce store he designed himself and managed four mobile phone apps, which he also developed amid his studies. Two of those apps were based around fitness – an interest of his which serves as the very place where Ben discovered a market gap that Gymshark could fill.

As a group of men dedicated to fitness and health, Ben and his friends exercised often and realised they couldn’t find comfortable activewear that met their workout needs. According to Ben, this is when they decided to design their own answer to activewear by starting a screen printing and sewing operation where they could make the activewear they wanted. 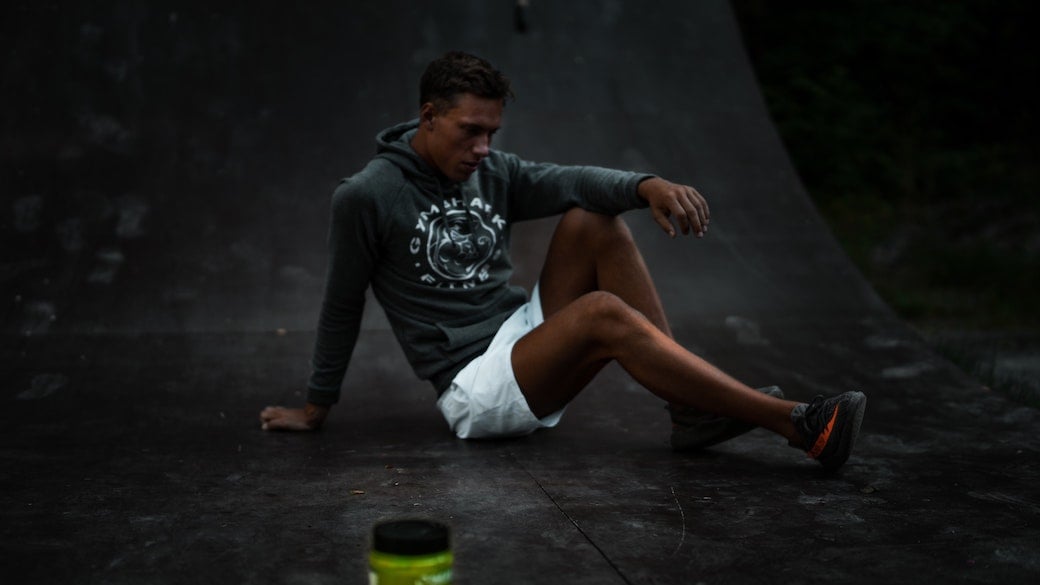 As an eCommerce entrepreneur, Ben advises other eCommerce brands that the front end and back end of their sites should receive an equal amount of attention. Gymshark, for example, had no capital to begin with, so Ben and his founding partners made drop shipping arrangements with suppliers to continue selling via their online store despite having no goods in stock. This subsequently afforded Ben and his team the chance to buy materials to make and sell custom Gymshark apparel.

At this stage, Ben watched a lot of health and fitness YouTube videos made by athletes and fitness personalities. He was already a massive fan of these personalities and decided to send them Gymshark apparel in support of their YouTube channels. This marked a turning point for the brand as some of the personalities started wearing Gymshark clothing in their videos, which sparked organic interest from viewers wanting to buy and wear the same clothing.

During this time, the idea of smaller brands gifting online influencers with products was an entirely new concept. But today, this act of endorsement by someone promoting your brand because they genuinely love your products is known as ambassador marketing.

After recognising the success of fitness influencers across social media, the launch of Gymshark was perfectly timed to collaborate with them, growing a buzz around their products and expanding their reach. Perhaps not all of us would have seen the gap in the market, but Ben Francis couldn’t have timed it more perfectly to the market fit. He knew his niche and he wasn’t afraid to niche out hard to become one of the leading activewear brands in the world.

Currently, Gymshark has several athletes and online fitness influencers that they sponsor to wear and promote their products either at one of Gymshark’s pop-up events across the globe or via the person’s socials. Ben has shared on his own YouTube channel how the relationships they’ve formed with different athletes has also helped tailor the brand’s clothing quality due to the feedback they’ve given Gymshark after wearing the clothes.

For instance, when Gymshark first ventured into female fitness wear, they relied on the feedback of fitness personality Nikki Blackketter to learn what felt comfortable from a female perspective. Nikki’s input helped the Gymshark team finesse their female clothing in a super hands-on way. This enabled her to endorse the products after they launched from a place of true authenticity, because she actually had a say in how the clothing was made.

Athletes and fitness personalities that endorse Gymshark have become ambassadors for the brand, “because they believe in the Gymshark vision, which is to inspire people to improve themselves both mentally and physically,” says Ben.

Ensuring that your brand’s vision aligns with the values of a potential ambassador is therefore incredibly important when selecting someone to promote your brand.

One of Gymshark’s former ambassadors, fitness personality Natacha Océane, left Gymshark recently because she found that her values no longer aligned with Gymshark’s vision and principles. Although she loves the company and will continue to wear their clothing, Natacha didn’t agree with some of the ambassador relationships and content that Gymshark enlisted. She ultimately decided to leave in support of her vision for the health industry.

Natacha’s departure is important to highlight as it illustrates the difference between an ambassador and an influencer. An influencer would happily accept the money in return for promoting a brand whose values may be different, whereas an ambassador will reject such an offer if it goes against their ethics.

Although Gymshark may have lost and gained some ambassadors over the years, the company has remained loyal to its community from the start. Gymshark has expanded what it offers customers by publishing some of the most helpful free health and fitness content, which in turn inspires their ambassadors to create their own content for their followers, circling user-generated content and involving their community in their brand journey.

Gymshark has grown from a mere screen printing and sewing operation in a garage to one of the fastest-growing and most recognisable brands in fitness. This growth comes from a devotion to producing innovative, effective performance wear and an ever-expanding social presence.

Without ambassador marketing, Gymshark may not have achieved the global success and million-dollar turnover that it currently holds. It’s an incredible example of the power of investing in people who love your products, regardless of how many followers they have. And it’s for this reason that ambassador marketing promises an elevated return on investment that influencer marketing can’t always guarantee.

Another brand that launched at the perfect time and took advantage of the rise of social media when many others were slow to the uptake was Onepiece. A brand built and fuelled by social media marketing to grow to almost $200 million dollars in online revenue.

In its fledgeling years, Onepiece had no money but tons of products. Redbull was also on the rise with their ‘red bull gives you wings' campaign which inspired the founders, Thomas and Ole, to give all the coolest people free Onepiece products. They approached clubs across London and created Onepiece parties where everyone wore their merchandise. 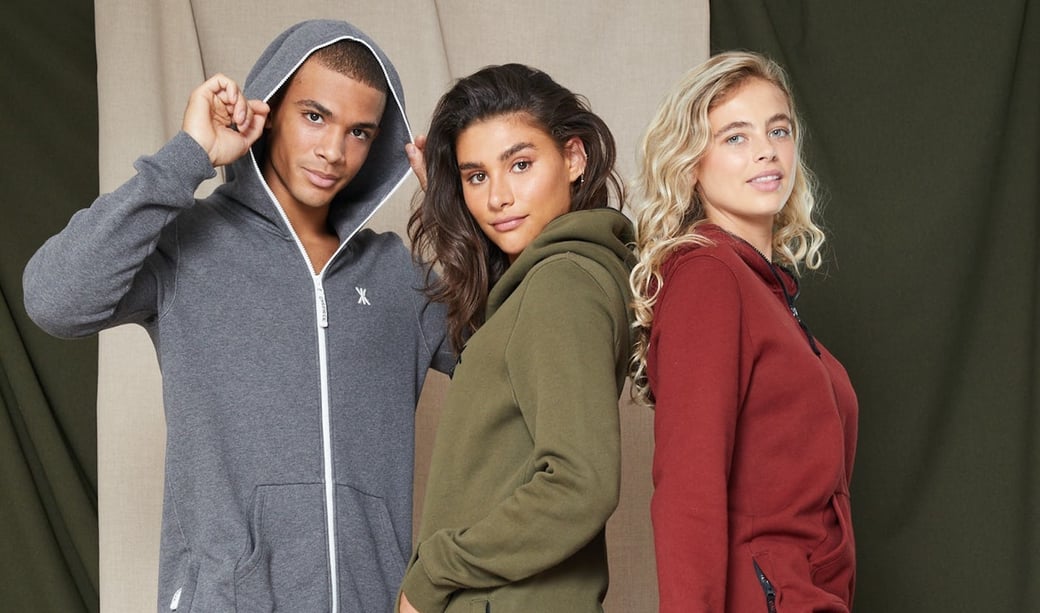 Through their events network, a few very influential people, and tapping into the start of social media, Onepiece’s ambassador network expanded exponentially. The likes of P Diddy and Julia Roberts have all been spotted in their trendy jumpsuits.

Established brands didn’t understand the power of social media back in 2010, but Onepiece did and suddenly they had thousands of ambassadors they needed to manage manually which started the Onepiece ambassador program.

Are you a brand looking to grow your reach and generate revenue in 2021? Brandbassador empowers brands to turn customers and fans into ambassadors, create automated marketing campaigns, generate social buzz, drive sales and track revenue through our plug & play integrations. Book a demo with us to find out more.

Online shopping has become hugely popular in the last year and, although it may have had something to do with lockdown and everyone staying at home,...
Blog Ambassador Marketing

Activate & Engage with Communities on Clubhouse: Q&A with Gareth Pon

Launched in March 2020, Clubhouse is an exclusive social networking app that works on an invite-only basis. The app is best described as a...
Blog Ambassador Software

10 Reasons You Need Ambassador Software to Grow Your eCommerce Brand

With the rise of webshops and social media users, eCommerce brands are facing competition within a saturated digital landscape more than ever before....

Ready to mobilise your community and take your brand to the next level? Book a demo with our team.