Get a Demo
Free Trial

Everything you need to get more from your ambassador community

Brandbassador provides a more automatised way of dividing ambassadors into different segments and adopting customised strategies for each segment.

Meet your community where they engage most

Select an icon to learn more

Level up your knowledge

View FAQ’s
See how it works

Everything you need to start turning your customers and fans into ambassadors.

Designed for brands that want to tap into our expertise & receive regular support to build and grow an incredible ambassador community.

Work with our team of ambassador marketing professionals on the strategy of your program and leave the daily management to us.

Get a Free Trial

We just need a few details from you

Why These Phone Case Brands Scaled with Ambassador Marketing

Despite the economic uncertainty of the early 2020s, some eCommerce brands managed to experience massive growth. Some of those that managed to find the doorway to success are brands that have relied on ambassador software to amplify their marketing strategies.

As far as marketing efforts go, ambassador software isn’t a new concept. It’s a tech stack that unlocks a world of ambassador marketing that allows you to find brand advocates who already love what you do. Pretty neat, right?

By using ambassador software, you can find individuals who support your brand (either as a customer or social media follower) to serve as micro influencers that shout about your products across all their socials.

Not sure about the difference between influencers and ambassadors? Our whitepaper,

Unlike celeb influencers with thousands of followers, micro-influencers are ordinary people with fewer followers to whom they have a strong and authentic connection.

More and more, consumers are starting to recognise that paid promotions with celeb influencers are no different to billboard ads. These kinds of promotions are therefore becoming less impactful across all social channels.

If I told a friend about a new product I tried that I really loved, they’d be more inclined to check it out in their own time than they would have if they’d seen the product on a billboard. And that’s why micro-influencer (or ambassador) marketing is so impactful - because it feels like an ordinary product recommendation from a friend.

You’re probably wondering, “But how do I get brand ambassadors to market my products?” And here’s the answer: ambassador software.

Let’s take a look at two examples where phone case and tech accessories retailer brands The Kase and Casely scaled their revenue with the aid of ambassador software.

Prior to signing up for our platform, Casely spent a large amount of time manually reaching out to potential ambassadors on Instagram, inviting them to join their loyalty program. It was a time-consuming task and the desired results were never really met.

By signing up with us, Casely was able to automate this task, as well as the ambassador recruitment process, which gave them more time to pursue other business-related efforts.

Setting up an ambassador program through our platform also allowed the brand to reach individuals across the globe and coordinate communication with each person from one centralised platform. This was another time-saving win that hugely changed the way their previous loyalty program functioned.

Their ambassador engagement rates became much higher as they were able to curate new ambassador missions via our app, which generated new leads and sales that Casely could track in real-time.

Our case study and Q&A with Casely is also available to read if you’d like to learn more.

to read it for free. 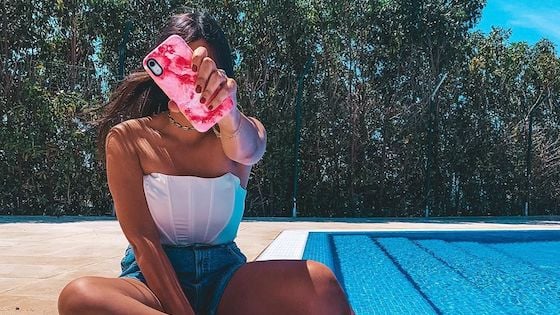 Just like most retail outlets, French phone accessories company The Kase also had to close their stores as per lockdown regulations following the advent of the Coronavirus pandemic.

Suddenly, they could only rely on sales via their online store to drive revenue. The Kase didn’t have an affiliate program before using ambassador software and only worked with a handful of influencers that created content for the brand.

The Kase felt that they would need to expand their sales outside of France if they were to remain afloat and decided to invest in an ambassador software platform that would offer them the tools to do so.

After signing up with us, The Kase was given ambassador software tools that allowed the brand to acquire a pool of over 2000 ambassadors across Europe. This enhanced their brand awareness outside of France and ultimately grew their customer base despite regulations that kept consumers at home.

Our software tools enabled The Kase to create social media campaigns such as their Unik Club Community, where ambassadors and social media users were encouraged to post interesting content across social media using the tag #IAmUnik.

to read more about The Kase’s success story in our exclusive case study and interview with the brand.

Interested in taking your brand to the next level with ambassador software? Our ambassador software platform offers brands the tools to automate their recruitment and retention of brand advocates. We’ll help you turn your most loyal customers or fans into your greatest brand heroes while helping you divide ambassador tasks and rewards with our agile incentives-based reward system.

If you're ready to activate your brand community and keen to learn how our platform works, book a demo with us today.

Create your own ambassador persona

People trust their friends, family members, and influencers more than brands when it comes to recommendations about products and services. A study...
Blog How do I grow & manage my community?

Building a community around your brand gives you a massive marketing asset. In 2023, brands are realising how crucial it is to have and maintain a...
Blog How do I grow & manage my community?

Podcasts are one of the best ways to digest information on the go - especially for eCommerce marketers who already spend hours in front of words,...

Want to see ambassador software in action? Learn more about our platform!

We'll help you activate your customers, followers and fans and meet your revenue goals.